A spotted gar was captured in Oak Orchard Creek (a Lake Ontario tributary) on June 12th during a fish community survey conducted by personnel from the USGS, NYS Museum, and DEC Great Lakes Program. This species is not found in New York and this specimen represents one of the only captures in the state. It is unclear at this time whether this specimen represents the first capture of a reproducing population or simply an illegal aquarium release. The specimen is currently archived at the NYS Museum Ichthyology Lab where genetic analysis will be used to explore the potential origins of this fish. Photos below show the specimen by itself and side-by-side with the more common longnose gar. 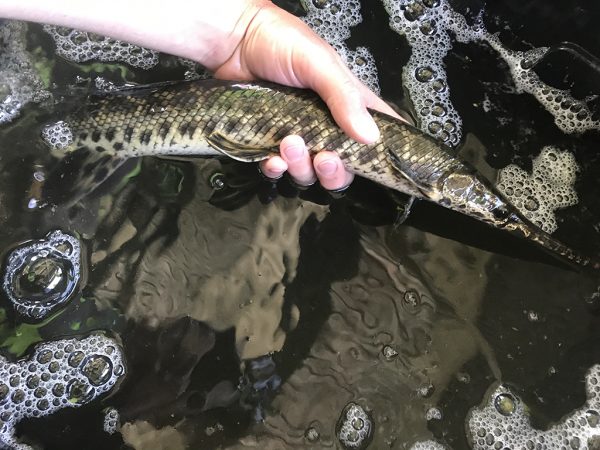 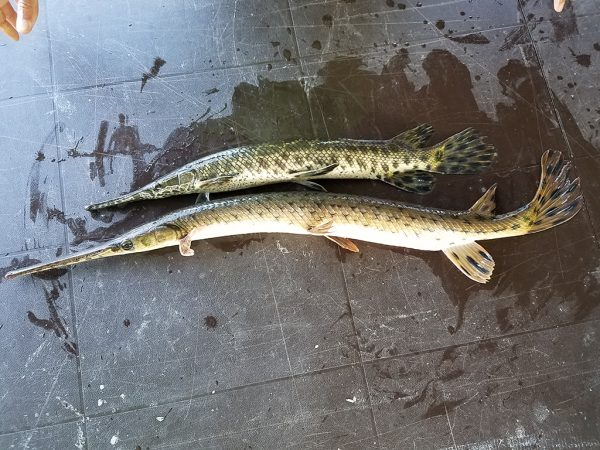