Contributed by Scott George, Scott Schlueter, and Doug Carlson, Posted 7/13/21: During the weeks of June 14 and June 21, field crews from the USGS-New York Water Science Center and USFWS-New York Field Office worked in concert to collect fish from the lower Buffalo River to assess the effects of recent sediment remediation efforts. Our crews were stunned by the capture (and release) of more than 3 dozen Spotted Suckers Minytrema melanops (adults and juveniles). Although historically present in western Lake Erie, Lake Huron and Lake Michigan, Spotted Sucker was not known in New York until the 2000s. A few captures had been reported on the Buffalo River over the past 15 years, but the numbers observed during this 2021 survey far exceeded the combined total previously documented across all of New York. The species’ range is also expanding east in tributaries or bays of eastern Lake Erie in Ontario, Ohio and Pennsylvania.  Like other members of the Catostomid family, Spotted Sucker are believed to be pollution-sensitive and their presence in the Buffalo River may be partly attributable to the success of recent sediment remediation and habitat restoration efforts. Going forward, Spotted Sucker may warrant consideration for listing as a species of Special Concern in New York. 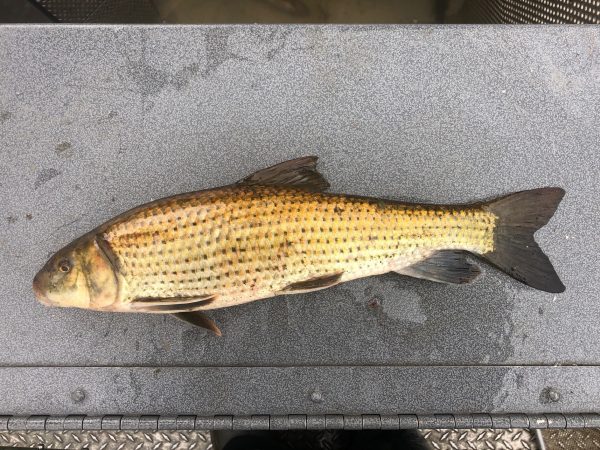