Contributed by Karin Limburg, posted 2-10-20: The 54th annual meeting of the New York Chapter went off flawlessly, with over 300 attendees.  But, uncannily true to form, it coincided with the season’s largest winter storm (why does it always happen?).  Although many were able to depart, some members stayed another night to play it safe.  Lake Placid was very pretty in the snow, and many establishments were open for business. 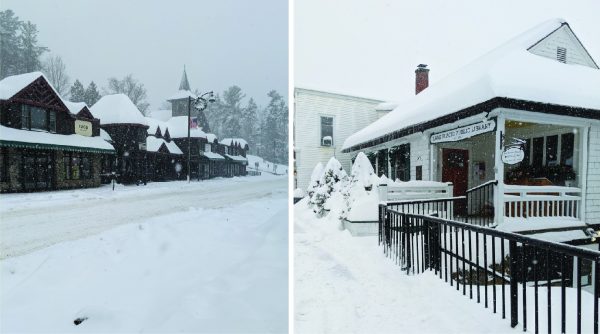 Lake Placid in the snow storm.

Mirror Lake had a cover of 2 feet of snow by late afternoon.  Great for skiing and for frolicking dogs! 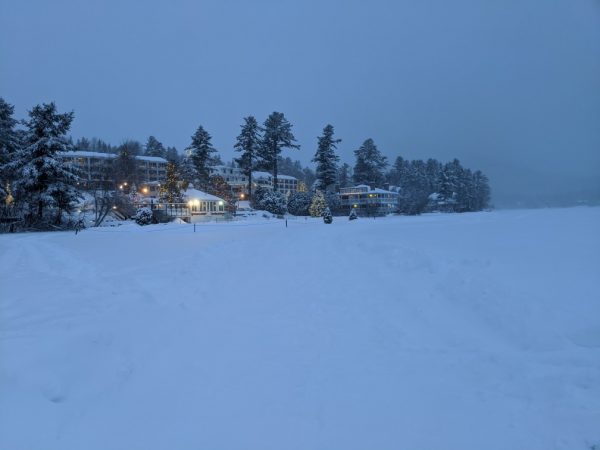 Mirror Lake at dusk, viewed on the ice, from skis.

Meanwhile, ESF Student Chapter President Cara Ewell Hodkin did not manage to get home that day.  In fact, she didn’t even manage to get out of the conference venue driveway.  After the worst of the storm subsided, she, together with former NYC-AFS presidents Mark Cornwell and Karin Limburg, commenced to dig out the presidential Prius from where it rested in a snowbank.  Sizing up the situation, Cornwell pulled out his phone and called the new AFS Chapter President, Dan Stich.  “Send troops!”

In the coziness of the Lake House pub, President Stich raised the cry.  “Cobleskill – we need your help!”  Immediately all snapped to (even a couple of alums, apparently!) and ran out to lend a hand.  Within a few moments, the ad-hoc army had freed the car and pushed it out to safety. 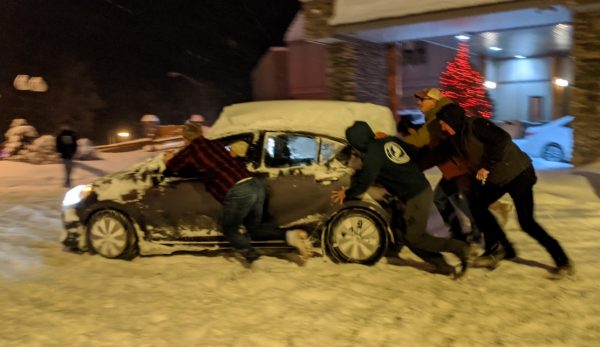 Cobleskill student subunit to the rescue!