Contributed by Scott George, posted 9-2-20: The 2020 Round Goby screening surveys were complicated by extended water level drawdowns in many sections of the Eastern Erie Canal. Nonetheless, eDNA sampling, benthic trawling, and backpack electrofishing was completed at most targeted sites during early June and again in mid-August. 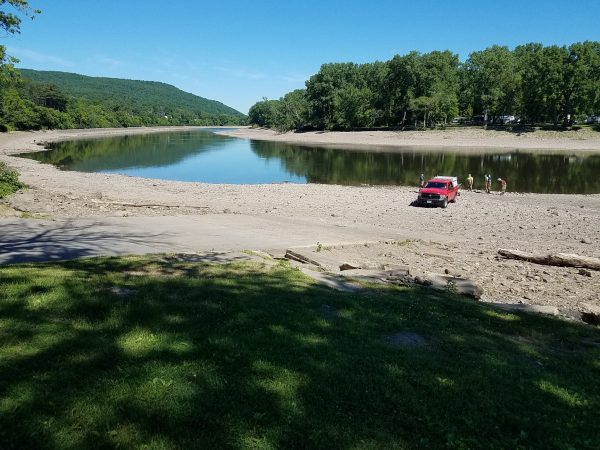 One of the many boat ramps on the Mohawk River that were shorter in spring 2020.

Of particular interest, a single round goby was captured in Frankfort during June 2020 – making this the first capture east of Utica to date. This represents a range expansion of about 10 miles from documented captures in 2019 (see figure below of 2019 distribution). 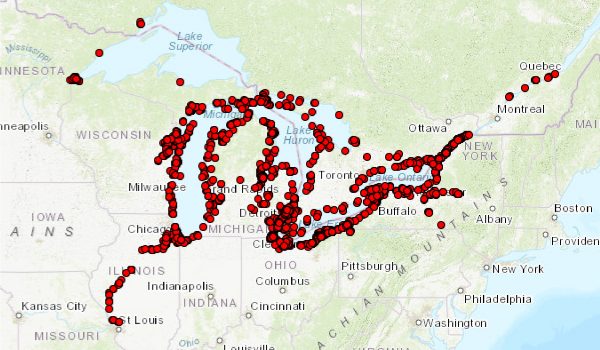 Distribution map of Round Goby in North America at the end of 2019 from the USGS Nonindigenous Aquatic Species (NAS) Program.

The 2020 capture in Frankfort was forecasted by positive eDNA samples at this location in 2019. Despite this finding, the expansion of Round Goby through the Eastern Erie Canal remains far slower than expected and the portions of Eastern Erie Canal currently supporting populations (e.g., Rome and Utica areas) appear to be at relatively low densities.

Scott George asks that you email him ([email protected]) if you encounter Round Goby during field surveys in Central or Eastern New York. This information would be extremely valuable to better understand the course of this invasion.