Contributed by Scott George, Posted 11/7/22: Rainbow Darter were captured in the Hudson River for the first time during a Round Goby survey conducted on October, 17, 2022 a short distance upstream of the Federal Dam in Troy. The native range of Rainbow Darter is believed to only extend as far east as Rochester, but the species was found in a tributary to Schoharie Creek (part of the Mohawk River watershed) in 2009 and has been expanding north and east since that time. More details on the distribution of Rainbow Darter can be found at the USGS Nonindigenous Aquatic Species (NAS) database https://nas.er.usgs.gov/viewer/omap.aspx?SpeciesID=809. 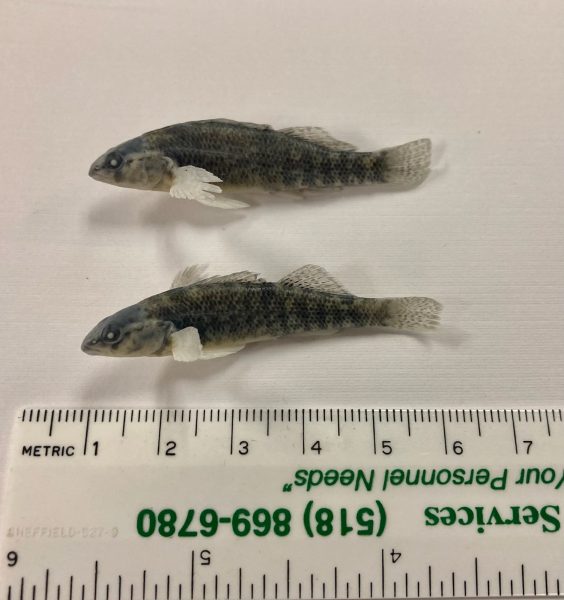 Rainbow Darters from the Hudson River captured on October 17, 2022.