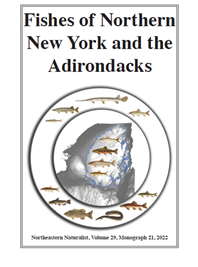 The 46-page illustrated booklet is a complete guide to the fish species in the region, based on Carlson’s years of research, as a retired fisheries biologist with the New York State Department of Environmental Conservation. The report draws on fish surveys from the 1930s to the present, summarizing and interpreting the distribution of fishes in the region surrounding and including the Adirondacks, with particular attention to upland versus lowland ecoregions. In total, 114 fish species and two hybrids are documented in Northern New York, of which 80 percent are native to New York. The book outlines challenges posed by non-native species, which have caused changes in fish communities and resulted in declines in native species.  For more information on the publication or how to obtain digital or print copies, contact Doug at [email protected] 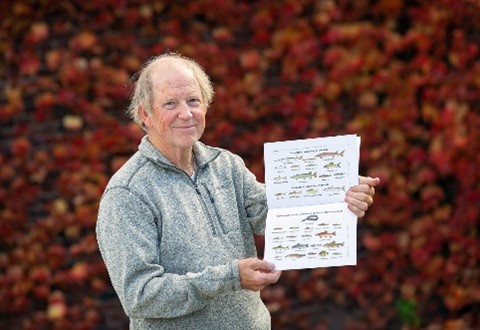