Posted 9-4-19: Multiple state agencies and affiliated offices were represented at the 8th annual Great Hudson River Fish Count event held on Saturday August 10 at Peebles Island and the Corning Preserve. DEC Fisheries staff led a team of 11 to sample via eboat prior to the event and then organized a similar team of 11 to run the event at these two river stations. Three different crews collected fish at five sites on August 9 in upper (non-tidal) Hudson River watershed; one site in the upper Hudson below canal lock C1 and four sites in the branched sections of the lower Mohawk River. A total of 1.9 h of boat electrofishing resulted in the collection of 27 species and 327 individual fish. Additionally, two seine hauls at Peebles on August 10 produced another 73 fish and one new species, bringing the total fish count up to 28 species, one shy of our record in 2017, though we did collect a few additional species after the event. Some 400 fish were recorded for this effort with about one-quarter of them kept in live cages overnight for public display in aquaria and plastic tubs on Saturday. A channel 6 Albany News photographer visited the Corning Preserve station and interviewed Scott Wells about the event. Questions ranged from the purpose of this event and what was in it for the public, along with more meaningful dialogue concerning the growing nature deficit in American and how these events can bring people (especially youth) to the river. About 70 attended the event at these two stations on a very nice/dry Saturday in the capital district. 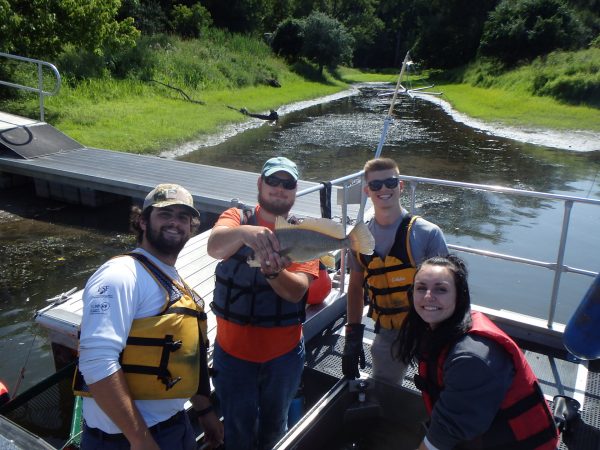 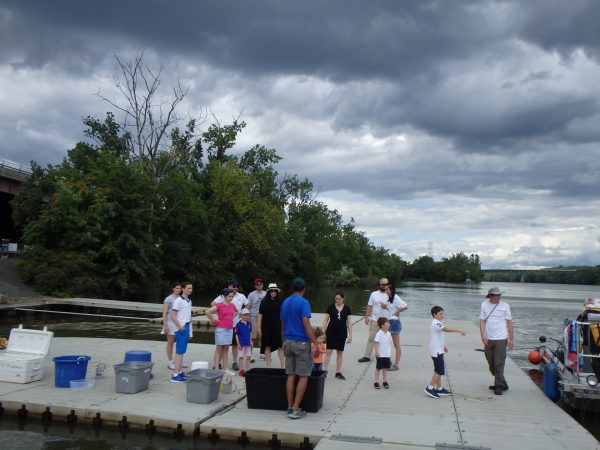